we adore writers. so fervent is our adoration of writers that we sometimes send-a-letter to tell-them-so. and sometimes we have tea with them at the St. Regis. until now (cheri), as you know, we’ve been Rather Cautious of revealing names and places and stuck firmly to initials and innuendo and allusion (or is that illusion – probably both, with us). mais non. not tonight. because we had Such a lovely time over tea with Steve Friedman that we just had to tell you about it. read this (please):

When we say “You smell good,” here’s what we mean: You make me think of fireflies and precisely five tiny beads of sweat on her Coppertoned neck, which was mine one weekend long ago. You make me taste buttered popcorn and Junior Mints and feel the scuffed movie theater seat on my bare calves, and you inspire visions of barbecued hamburgers and pudgy strawberries, purple soap and faded blue sheets.

(one of the delicious art deco statues at the St. Regis) more from Steve? why yes.

When you are asking what looks good on the menu and we slump, and we’re staring at something that’s not there? Here’s what that means: Gigantic, impossible blobs of color, purple and yellow, red and green, splotching and dripping and filling up the starry sky. Fresh-cut grass and the scent of gasoline from the pump behind the camp kitchen. Sweaty palms—mine and hers, the summer camp director’s daughter—and we kiss, not knowing that 17-year-olds looking up at the aurora borealis should keep looking, should hold tight to the vision, because we’ll never see it again. She wants to be a lawyer and we talk about raising children and she smells like hot milk cake and I imagine all the summers of my life unspooling in the sky, in northern Wisconsin, in the tall grass up the gentle hill from deep, green Towanda Lake, until the assistant camp director strides out to the athletic field and smacks his clipboard against his thigh and yells at us both to get back to our cabins; do we want him to get fired? 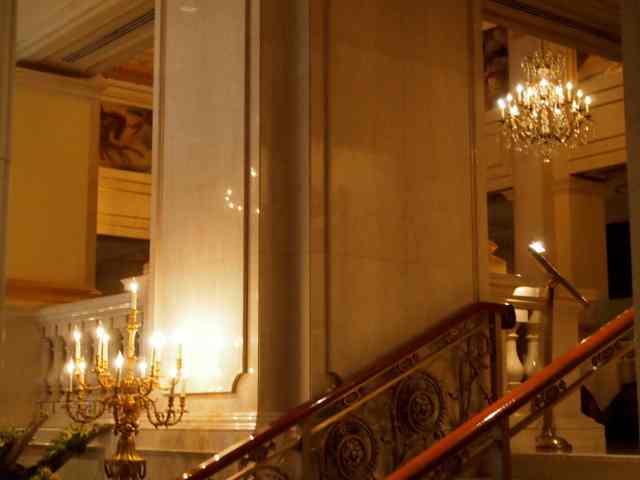 (the staircase up to where we had tea, at the St. Regis – yes #weAdoreAChandelier as you know, darlings).

We mean you smell like the summer sky—and hot milk cake.

isn’t that just gorgeous? sigh. we adore words. Steve was a delight in RL too. sometimes it’s weird meeting writers. and we know it’s often strange for writers to be out-in-the-world (rather than tucked up safely with their imagination, a cup of strong black coffee and a long day ahead in which to fear the unknown, challenge the demons within and generally panic and wonder why the hell they didn’t get a qualification in Something Else before the words start to flow, at first slowly and then – usually in the late, late, hours – the sort of hours that Sinatra sang about – just you, the bar and the shady types left behind – they finish and collapse exhausted and yet spent but exhilarated). so we were Thrilled that Steve said yes to tea. he’s deliciously world-weary – which is to be expected if one has read his book “Lost On Treasure Island” (which we have, of course). 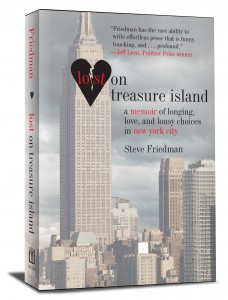 Steve had Many adventures (often with some pretty scary, but clearly pretty, creatures of the opposite sex – to Steve – not to us – although that’s another blog for another time or at least a Change in emphasis in this one before we get into That, darlings). as we used to say in Brighton (England – not the Brighton Beach of the Memoirs of Mr. N. Simon) – Steve’s seen it all and written the tale to tell.

so Steve and teamgloria drank tea, delicately crumbled a scone (or two) and talked about everything that people who love words and images and ideas talk about – you know, old movies, Japanese crime fiction, Film Noir, love, longing, retro 1930s Hollywood style eye-glasses, therapy – hey, this Is New York, even though Steve and teamgloria are both from Elsewhere – Steve is from the same birthplace as Tennessee Williams, as a matter of fact – isn’t that just glorious? and Lauren Bacall.

Steve is the sort of man who probably would have done well up against Lauren Bacall in a tussle of words and ideas and longing and late night banter.

much of his book: Lost on Treasure Island is about Looking for Mrs. Friedman (she isn’t lost – he hasn’t located her yet).

we thought about this as we walked to the Lincoln Center to see the New York City Ballet perform a spare and elegant and smart and witty and brilliant symposium-to-stravinsky (strains of Diana Vreeland in the audience: “we ADORE the Russians!” overheard). 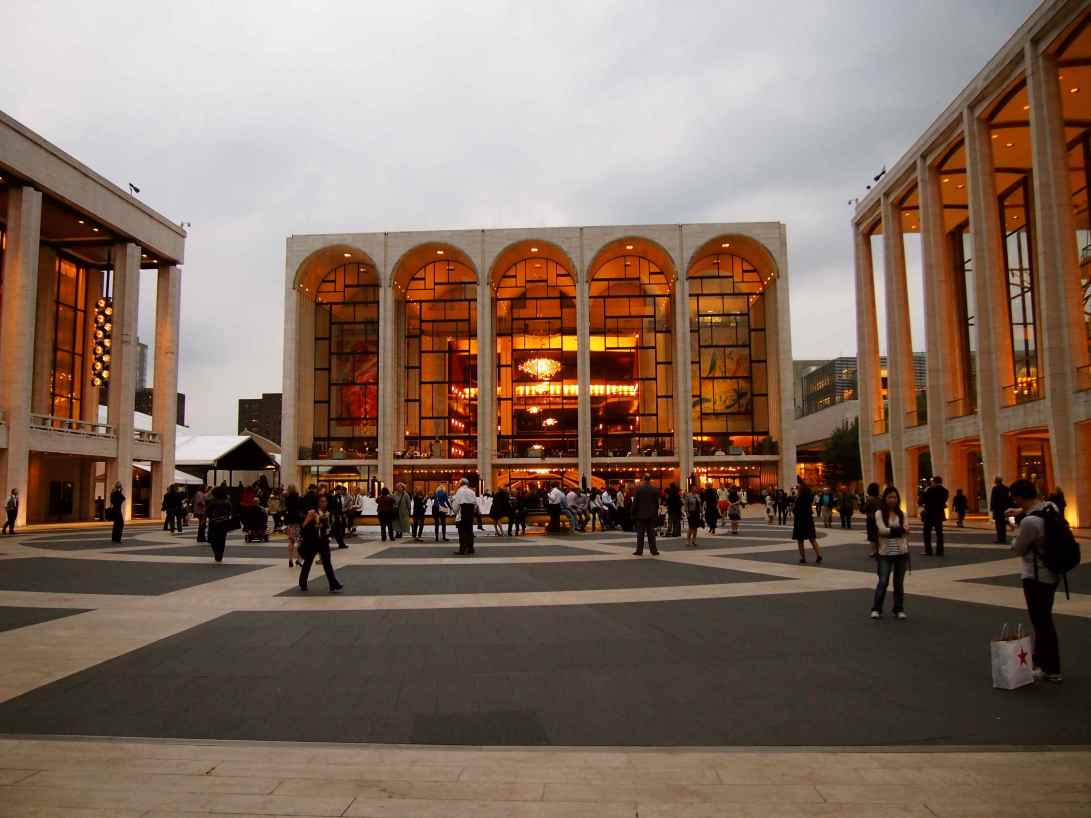 When we say, poleaxed, “What’s that perfume? I really like it,” here’s what we mean: Stealing a kiss in a cab, drinking a Manhattan, which I have never drank before, in Manhattan, where I have never been before tonight. A marbled lobby, a cavernous club, shivering at her hot breath on my cheek when she whispers something about literature on the dance floor, and then another cab, another kiss, freely given, stumbling up narrow, steep stairs in what people of this loud, pushy, wondrous city where I have been one night and want to live out my days call a “walk-up,” which sounds as exotic to my midwestern ears as “prewar” or “schmear.” Her hand on the back of my head, my hand exploring the small of her back, us leaning against a wall in the entryway, fumbling with keys, whispering. Closing my eyes, wondering why people here say “on line” instead of “in line,” feeling drunk, being drunk, having found my future wife, wanting to breathe her in forever. We mean you smell sophisticated, and a little dangerous, like you know things we don’t but want to.

(the full piece is here, darlings) it’s curious. there were so many people at the Lincoln Center this evening – for the ballet or just for the promenade in early autumn wearing light cashmere wraps or perhaps a jaunty hat set at an angle – lots of people waiting for their lovers by the fountain (they must be writers or artists or from Out of Town – it being a school-night – or perhaps they are living the New Life, like us, and don’t exactly have to be up super-early) and looking and searching and connecting and talking and laughing and earnestly discussing the Third Movement and that Glorious soloist from Utah (he was awfully good).

maybe the future Mrs. Friedman was there.

perhaps someone was visiting from Los Angeles with the thought of a twinkle in their eye for a certain person with a glorious name?

we hope to god(s) it’s not someone who lives Here.

that would be Just our luck (and not the first time either).

love is so awfully complicated isn’t it? but tremendous.

In the Middle of our very Busy day (almost hectic at one point but then we realized we were relying on caffeine and not breathing and all was well again) we had a Visitor from Out of Town.

The most special aspect of our visit was that we got to talking/engaged in conversation about Real things (hospitals, surgery, how-to-cope when the bomb of Illness explodes in the midst of one’s life) almost Instantly – which is Rare and beautiful in a day.

As our guest was also well-versed in the Imaginative and the curious and the fabulous and the downright delicious modes of life, we were able to talk about Those sorts of things too. Also rare in the hubbub of the sniper fire of midtown manhattan.

After our visitor left, we cleared away the remaining tea receptacles and felt Very Refreshed.

There’s something beautiful and clearing and Utterly Necessary about drinking tea and sitting close with someone who knows how frightening it is to be lying on that gurney, waiting for the assembled cast of professionals in white to come in and open one up with knives and – hopefully – make it all better. And then to sit for a long while, in some confusion and a great deal of pain, wondering how to piece one’s life together again as the stitches heal and the missing pieces are examined under a microscope somewhere.

And to know that this other person, drinking tea, and smiling and catching one’s breath from time to time, also confesses to the Most perplexing notion that there’s Actually very little of the life Before that one wants Back.

Sometimes just lying exhausted on the couch wondering what color/colour/shade the Higher Dosage of synthroid will be when we fill the “scrip” (yes, they make them in pale pastels, isn’t that Truly mid-70s psychotropic-like of them, darlings – Pretty Pills – er, Not).

And wondering what’s Next.

Sending healing thoughts Across Town……………to anyone who needs it today. 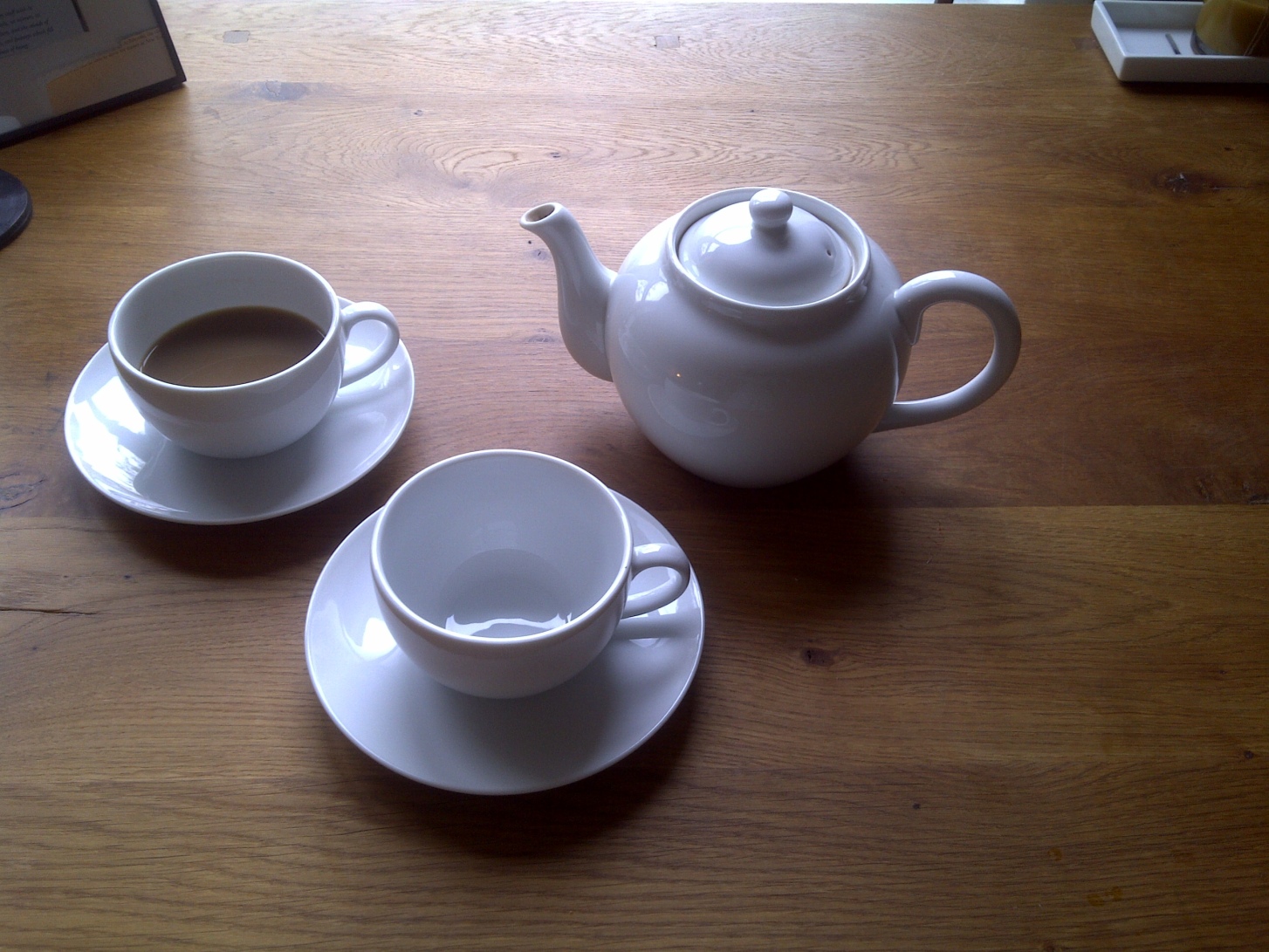 what can I do? a fellow book-lover and gentle, kind soul said.

team gloria thought about it for a while and said: I might well need some delicious tomes to help soothe away the fears of surgery and aid recovery after………

oh I have all sorts of things in mind….. she replied.

we sighed, gratefully, and went about our day (job) with as much grace as one could muster in the light of imminent throat-slitting. 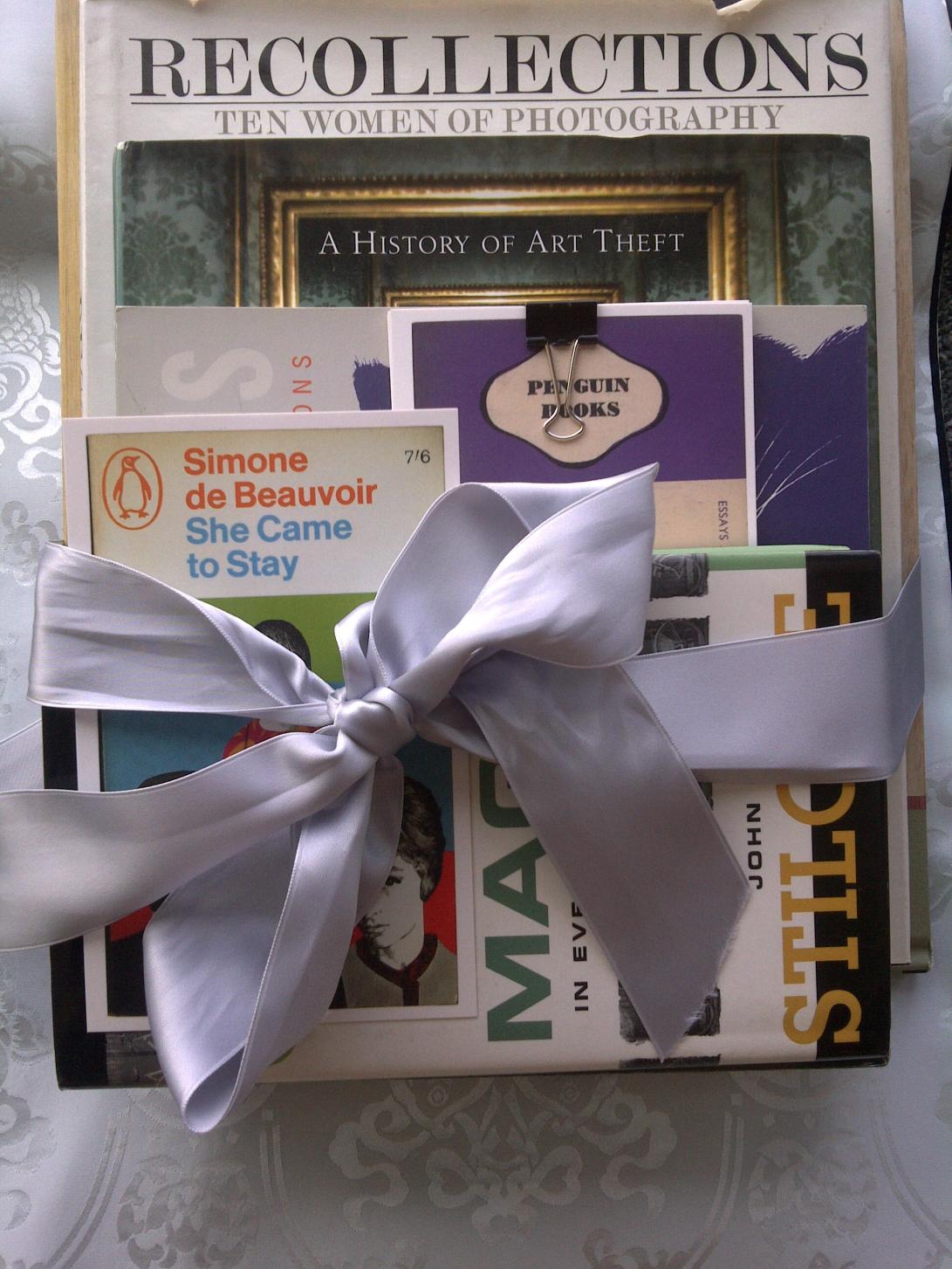