there’s a Haiku moment over at subliminal coffee today and we decided to join in (a rare occurrence, for us, but we Do Try from time to time to be more of a “team-player”).

here’s ours (the theme is ORIGIN): 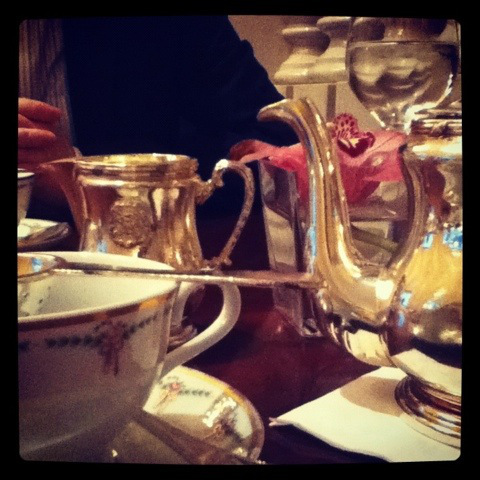 now – to be Entirely honest – we wrote this because we have an unfulfilled desire.

so, once again, the realm of the inspirational brings forth hidden desires and heals, darlings ;-)

and we order Toast and Marmalade (usually in the company of friends) at 5-star hotels, instead.

like here – at the St. Regis (the toast had not yet arrived).

*was this too much information? *askanceLookToCamera* we do hope not.

a moment of Vulnerability never hurt anyone, apparently.

we Rather enjoyed writing that haiku.

here it is again:

perhaps we’ll go for a more Pastoral theme next time.

one never knows What will happen.

in Other News (as they used to say on the BBC), we saw this “daily prompt” over at wordpress HQ and thought – “in-ter-est-ing…..” (which was possibly what Eddie Izzard used to call “strokey-beard-time” but we don’t have any need for epilation creams due to our pale creamy complexion).

the “call to action” as they probably still say in digital media meetings *looktocamera* is this:

You wake up tomorrow morning to find all your plans have been cancelled for the next seven days and $10,000 on your dresser. Tell us about your week.

now here’s what Victoria Wood and Julie Walters might suggest for a week in the sun with a windfall (dear American friends and others Further Afield – this is a comedy sketch based on truly dreadful British Daytime Telly and we giggle at it A Lot even today, many years later).

well – let’s see – assuming we have the green card *sighs* by this week-with-a-windfall (and can thus Leave The Country).

3. A night in San Francisco in homage to Anita Loos who was born there and wrote This

4. Fly to Europe (said very vaguely – hopefully Someone Clever will be making the Arrangements – not one of our skills – how we miss our Assistant, the splendid Olga *sighs* from the last day job) and get a Train through the Alps in homage to Sybille Bedford

“True, when the train had crossed the Alps and engaged its slow descent into a sunlit fruitful valley, I had experienced a state of sheer joy, a fulfilment of a longing that lies dormant in many of us whose birth has been into the rain.”

5. Pick up a 1953 Sunbeam Alpine and continue on for a few days until arriving in Portofino – spend one night there and drive all the way along the coast to Cannes

6. final night in Cannes at Hotel Splendide before taking Le Train Bleu (we know it doesn’t run anymore but Tis Fantasy, non?) all the way up to Paris and flying back to Los Angeles (at the front of the plane please, with the nice linens on the back of the headrest).

To complete the fantasy of a week off with 10K to spend?

A commission from a wealthy and capricious editor, probably foreign, possibly titled, so we have an entree to the finest and make back the 10K in writing and syndication fees……