and being ever-so-prudent with the Lodgings so we’ve found a Charming (former butler’s pantry next to the back kitchen perhaps?) room with a single bed and a small window looking out onto drainpipes of the next door similarly appointed 1800s listed building in an unfashionable side of Bayswater.

we just took a walk at Dusk and the grown-up camera was Thrilled to be back in London too.

the Most Amusing thing about London (when one has lived Abroad for almost Thirteen Years) is that it feels strangely reminiscent of a film starring Mr. Colin Firth and Mr. Hugh Grant in that everyone is speaking with a Jolly nice accent, slightly diffident and bashful when crossing the road to the local hostelry and buying the Daily Telegraph (printed form seems to be popular in the unfashionable side of Bayswater near Hyde Park still it seems) or while weighing bananas (we are eight hours behind everyone else here so it’ll be curious to see whether we can sleep through the night or might require a mid-night-or-thereabouts snack).

luckily there’s a kettle and Tetley’s tea bags and small packets of UHT milk on a small white plastic tray (not shown) in the room by the power adaptors. 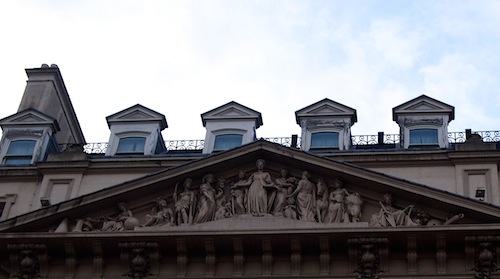 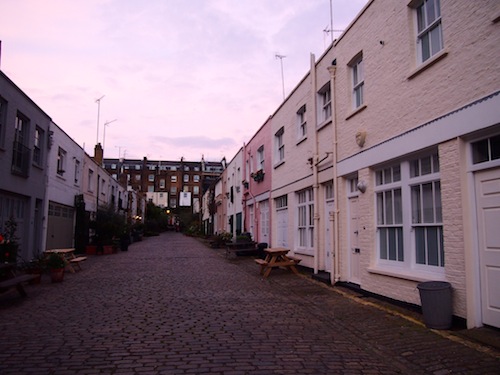 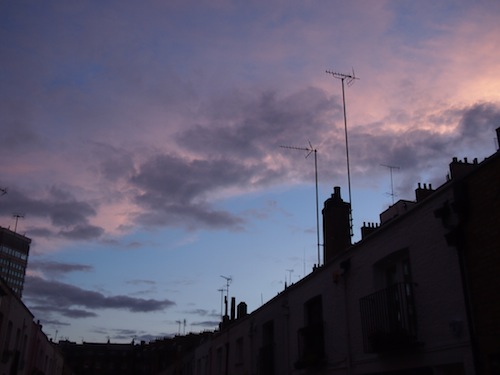 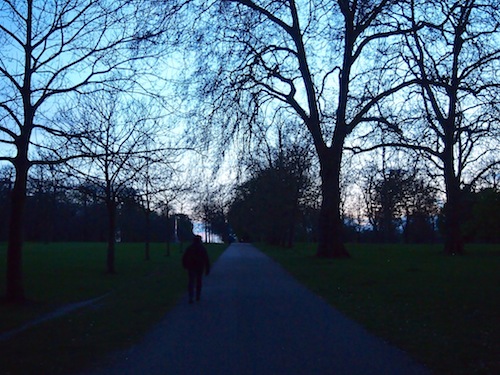 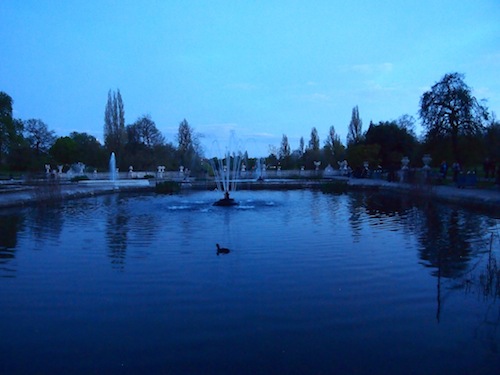 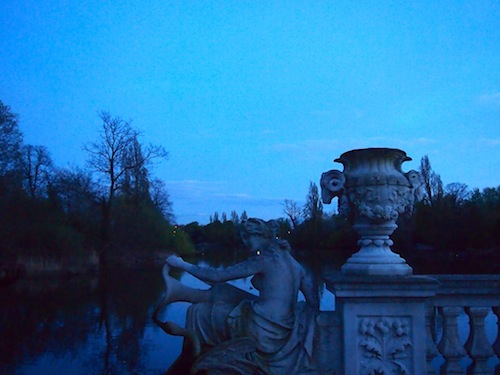 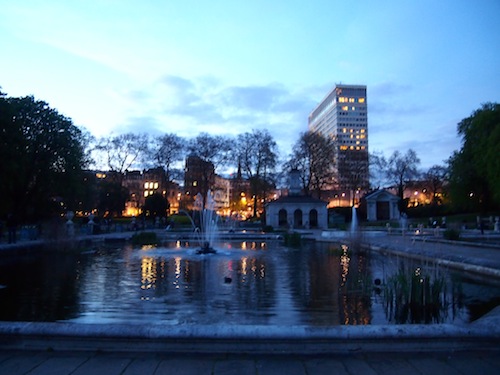 and just when one feels a Tiny bit lost (and weary) and alone, there is always a sign from the god(s) to remind one There is Magic Afoot.

we’re not that tall so it was hard to zoom in or get near enough but safe to say – this was the front door that MR CECIL BEATON walked through in the late 1920s after a day languishing in the hot studio lights with grande dames and duchesses who desired a kinder lens and the chance of a spot in Vogue. 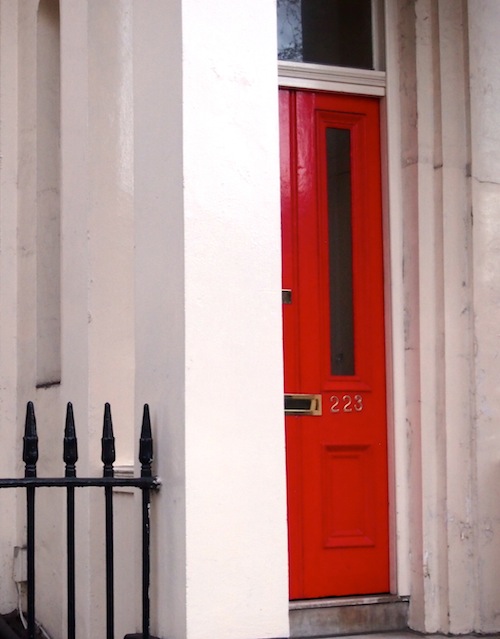 and one hopes he Never fastened his bicycle at 223 Sussex Gardens to the railings either or it surely would have been removed as he clicked away upstairs, age 20 or thereabouts, in his first photographic studio at Home. 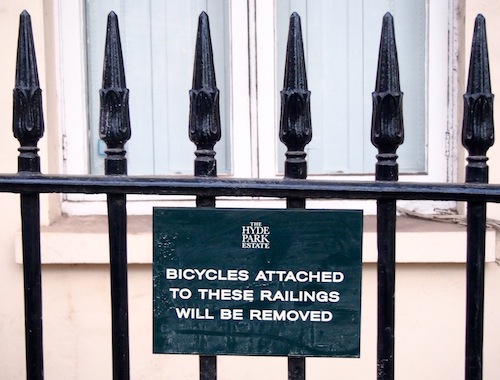 whenever one travels, it is always good to look up and observe the blue plaques – one can then Imagine the footsteps on the pavement – with a purposeful stride – heading to the Tube – and follow in their wake, a cloud of cologne on the breeze still clings.

and we’ve only just arrived.

melancholy lifts when one remembers the following truly soothe.

a. vacation (squeezing in a couple of days in Lisbon, after business trip to Madrid in April but the Big one is a week in Cornwall with William !)

b. massage: we felt So weary today that we remembered supper with mC last night when we asked her how she was taking care of herself, and thought we had better take our own advice ;)

and the therapists were Very Understanding about the frenzied explanation about the Scar and requirements Not To Touch.

soothed and fed and warm and there’s a lovely twilight.

when’s your next vacation, massage and deep bowl of noodles in broth?

do tell us Your self-soothing rituals.

d. bubble bath: especially with crabtree and Evelyn Summer Rain or the powdery one called Nantucket something or other.