first we’d like to share a couple of photographs – and then a little social commentary, darlings (yes, our flesh may be Very Weak, but the GLORIAous mind is starting – slowly but surely – to RETURN. we had missed it dreadfully…..) 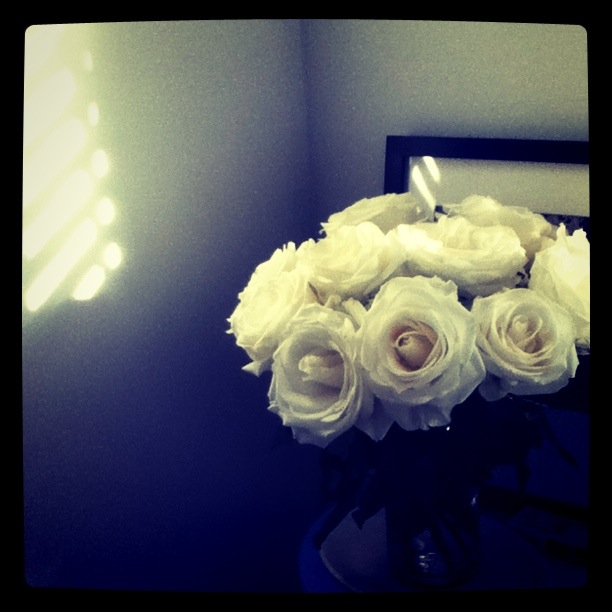 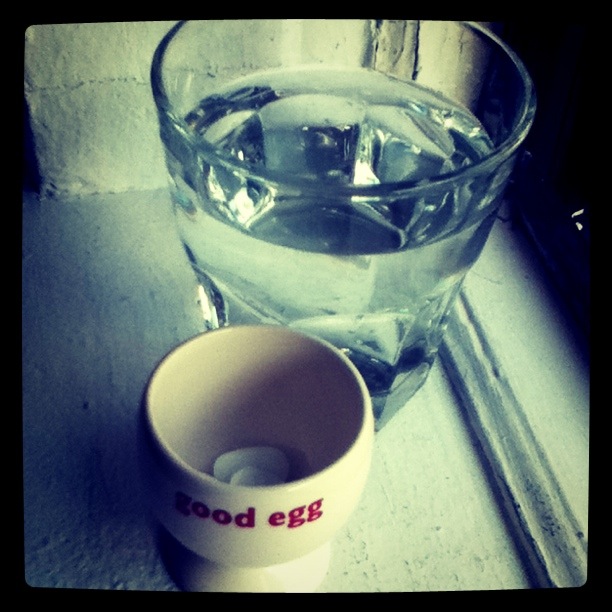 we took a little (solo!) walk today – very tentatively – and saw our therapist (as you can imagine, we had a Lot To Talk About – and yet so little of a voice to say it in – but we are terribly expressive with our eyes) and then stopped for a cup of tea and had one of those tremendously reassuring feelings of “all will be well; in its own good time: the universe will reveal what is next: just drink your tea, write, read and be quiet and get well”

not exactly a voice from the heavens but a small rather english-accented with an irish lilt – a little Julie Christie* perhaps – just saying “take it easy” – rather nice.

*we once took a meditation class, in los angeles, but it wasn’t what we expected. the man leading it was in a frock – but he was a member of the clergy of some episcopal’ish denomination as we recall not, alas, one of the Sisters of Perpetual Indulgence (although we did go to a canonisation/canonization of our dear late friend Jackie Forster by their British sisters on a dark rainy night in Holborn many moons ago). anyway, he told us to have a mantra (yeah, it was a church in Los Angeles) and so we chose “julie christie” ;-)

are we not meant to reveal our mantra?

the reactions of others (to our surgery and illness and subsequent languishing at home for confinement period of three weeks) has completely fallen four distinct camps: in quite a Curious Way. and we thought Worth Noting.

firstly, to more learned sources than we: perhaps Pamela Frankau could help us out with a quote from her most excellent book: Pen to Paper, a novelist’s notebook.

ENGLISH: find ill-health not only interesting but respectable and often experience death in the effort to avoid a fuss.

so here’s our experience:

camp A: those who Have Experienced Illness First-Hand (or very spiritual types who just get it).

they get the requirements of the sick person are consistency – one must show up and definitely on schedule or despair engulfs the one lying in somewhat less than glamorous circumstances – and how nice it is to get cards in the post – mostly to divert from the awful medical bills flooding in – and bringing something soothing is not only kind but deeply appreciated – often to bring diversion to what becomes a pretty small existence. these people are also really good at empathizing with details (“isn’t it just great how peacock-like the fit 30-something surgical team are?!” OR “yeah, it sucks how much the resident that signs you out looks about 12, right?”) these #sickbedtales are helpful. looking someone in the eye who knows, first-hand, how demoralizing it is to carry your IV on a little trolley to the bathroom at 3AM after a sleepless night and catch sight (“DEAR GOD!!!!”) of oneself in the harsh light of the overhead by the little sink, is Very Comforting. these people never stay too long. they know that one gets exhausted. but their visits are a dream and we are Most Grateful.

camp B: very healthy americans who have Never Been in Hospital for Surgery or those that HAVE and do NOT Want to be Reminded, thank you very much it’s all over now, clearly.

then there are those (not always with an American passport by the way) who have Never Been Ill (we sympathize entirely, we had never been sick prior to this experience) and appear to be terrified of not only contact but doing the wrong thing or breaking us or admitting that one day they could be where we are (and we Thought we made it look so Vulnerable and rather Sweet). we don’t tend to hear – or see much – from these people. or they do a cheery phonecall/txt with a defiant roar of “it’ll all be better soon” (eventually, yes. today, nope.)

the ones that HAVE been to hospital and are now back at work several hours (we are not jesting here, we’ve Seen It at the Day Job) later, skin green from radiation, having left their blazer on the back of their chair so Nobody Knew They Were Gone (we once had a boss who did this during her remarkably short maternity leave)  do Not Want to Talk About It. they just want us to reassure them we are “completely on the mend” (huh? we just had Surgery a week ago.)  we have compassion (but not much time) for these people. we have seen so many people get sick over and over and over again because they didn’t take the time to sink into the experience and fully recover and learn at least something (even if it’s just a new skill like embroidery).

and what of other nations?

glad you asked – as you know team gloria is awfully richly endowed with friends across the globe, due to the bloods of three warring nations in our veins (more about our blood here in an earlier post if you’re curious) and also due to la vie jet set

camp c: the continental europeans are on a direct line to the Supreme Being, of course

these friends & acquaintances are comfortingly of the mindset that illness is a place one goes when one needs spiritual sustenance before one re-emerges to do one’s duty to one’s nation again. the people in this camp are mostly either titled, rich or both (not always possible in post-war europe). those born into more humble circumstances (like team gloria – alas any title/riches of aforementioned bloodline Long Gone in the mists of Time) are never quite as convinced of their role to the nation state. we shan’t get into politics here ;-) bizarrely we do seem to number a few from les ancients regimes among our “crowd” and many of our work colleagues in Other Lands have surnames that are dead-give-aways that their ancestors ruled part of Italy/Spain/France/Ruritania/etc. isn’t it just so surprising that so many corporations in france, for example, are run by people with “de” or “du” in their surnames despite the singular fact of you-know-what.

and what of the British?

camp D: those from whence the Empire roared, once upon a time.

(i) the British are curious: and most pretty much fit into the Pamela Frankau quote – illness is a respectable enough period of one’s life – in fits and starts – with nice vigorous bouts of gardening and DIY in between. this is nice. one feels treasured and cosseted but also aware that one will be sparkly again. at some point. many of these people call at the last minute “how was it?” as if one just got a new fridge/freezer from Hotpoint. we’re going to wait a little while before we respond to these calls as we know there’ll be the sentence “no milk spilt” and we can’t remember the (polite) response. there are also the people (no, you can’t possibly expect us to be explicitly sexist – can you?) who roar “it’ll ALL BE OK”. right. thanks for that. and thanks ever so much for your cards and flowers (wherever they got to).

(ii) national treasures. some British are Salt of the Earth (“there’ll be a something on the hillside, there’ll be something else on the Dale” la la la) do really good care packages with a sense of naughtiness to off-set any sentimentality (which one can indulge in only when turning away to take the golden toffee from the Quality Street tin at Christmas). these people are DELICIOUS (you know who you are). and they also do Really Good Video Diaries and post them via the interweb and we lie on the sofa weakly laughing and then doing a *little sob*

there are of course HYBRIDS:

and then there are virtual friends. (no, not imaginary friends – and of course, yes, we do Have Those).

these relationships are purely words (or purely pictures-with-captions) and are so clear, helpful, “here’s my experience” and elegant (virtual peonies had us weeping for hours). these virtual friends are from as far afield as berlin, london and sydney (or do you live in melbourne, dear J?) and, of course, the Other Coast.

do you know of anymore? do tell us about Your Experience in the “do say something, do” box at the end. 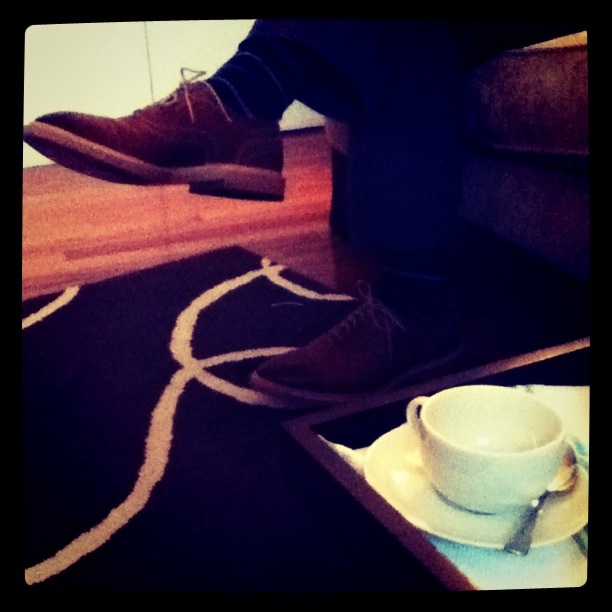 and then there’s JM: a most splendid visitor this evening. definitely from the been-there-worn-the-hospital-gown, also very spiritual and has the Most Beautiful reading voice. he asked all the right questions. laughed at our impression of the 12 year old resident attempting to give us a sheaf of naughty “scrips” despite our No-Opiates! cry. and then we got very tired and he topped up our tea and we grabbed the cashmere scarf and held it close to the black (hard to find but so much nicer) pashmina and he read to us. Not, this evening, from Armistead, but something more personal, of his choice.

it was EXACTLY what we needed.

ps: we are aware that we may have been a Tiny Bit Critical in this post. get your own Surgery and confinement experience and your own blog and we’ll link to you for – um – balance. *gasp* #naughtyteamgloria.