we went along to watch who-we-are-in-RL do the Promo Shoot for the Book!

there was a Lady director (so Modern, as William would say) and a young chap as “DP” and a glam MUP (make-up and hair artist).

there was some waiting time while the lights were set up and sound checked and viewfinders found-the-right-view (it’s a “talking head” as they call it, hence the stool and angle-of-camera).

can you see her script attached with gaffer tape *vocab_alert*?

would you like to see the script? it’s rather sweet and lovely (we can say that because we are mentioned Pretty early on).

SCRIPT:
I wrote How To Stay Sane In A Crazy World because it’s the book I wish I had had when everything fell apart.

I grew up in England and became a journalist on a national newspaper. In the mid-90s I got caught up in the world of emerging technology and ended up working in both Hollywood and then in the glossy magazine business, winning global awards and generally having a pretty glamorous life.

Then in 2011, I found myself sitting in front of a surgeon in New York. He told me I had three tumors in my throat with a 30 per cent chance of cancer. I said, “I’ve seen this movie, and I didn’t like it.” But he didn’t laugh. What happened next, with the surgery and medical leave, was so awful that I knew I had to find a way to get through it.

So I started a site called teamgloria.com to document all the glorious people, places and things that made me feel better. I wrote anonymously at first, using the pseudonym of Gloria, a character that came to me of an adorable trainee angel who hasn’t done her homework and gets into lots of scrapes. Seeing the world through gloria’s eyes made everything possible – and definitely more delicious.

How To Stay Sane In A Crazy World is in three sections: morning, afternoon, evening – sort of a modern “book of hours” and is designed to be something beautiful to dip into whenever you need a burst of inspiration, cheering up or a quiet moment of solace.

In the end I didn’t have cancer, but it was a wake-up call. After I wrote the book, I decided to walk away from my life as an executive in Manhattan, and start again, in Los Angeles, and build a new creative future.

Writing How To Stay Sane In A Crazy World changed my life – I hope you find something in it that helps you too.

it was lovely to hear this spoken aloud.

even after many-many Takes *vocab_alert* to get a different “Feel” (which sounds rude but it’s about Mood and Tone, we were reliably informed when we asked Later) 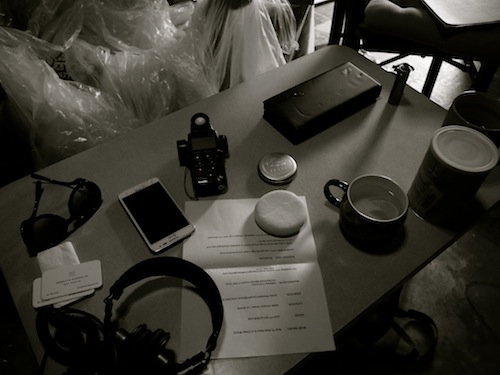 this was the props table (note Light Meter/metre and Cans – headphones *vocab_alert* and hot-water-with-lemon #LAStyle) – with a copy of the Call Sheet (so many new words today – such Fun).

close up of Light Meter/metre (and Prada-esque – said advisedly – sunnies as they call them in Oz – not Dorothy’s land – the one Down Under).

this is Uno – always important to have a dog on set to keep things low in the blood pressure department (note Doctor Martens – you-know-who).

memories of Mack and Mabel

we *didn’t* actually Shoot at the Mack Sennett Studios (but in our head, we did, if you know what we mean). 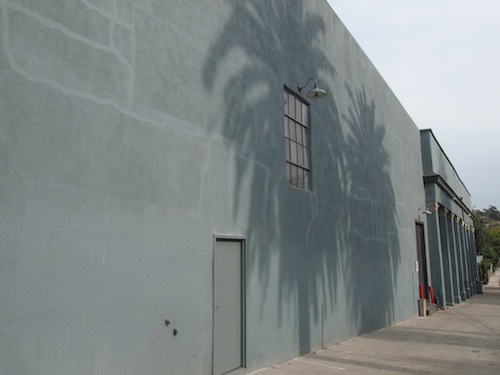 and – *sighs* – we *didn’t* actually shoot at Sunset-Gower either. but we think we Might one day. 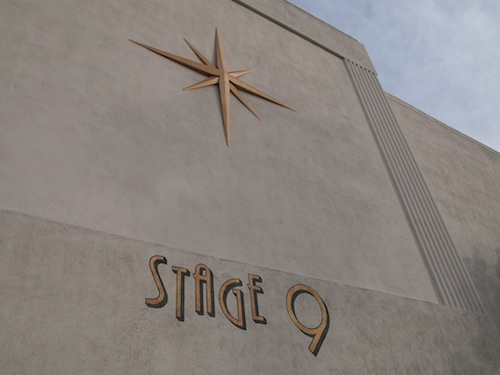 because the shoot had the Feel of both historic studio Lots.

because, just for a brief few hours, while admiring the lighting equipment and enjoying all these new words spoken during the Shoot, while we toyed with the brushes at the make-up table (very near the props table), words like: SPEED! STRIKE! ROLLING! and, our personal “Fav” ACTION *giggle* – well, it FELT like we were doing a Mabel Normand (without the awful ending to her life poor lamb) impression.

you see we Heard who-we-are-in-RL Brief the MUP (make up artist if you forgot that bit of Vocab from higher up the page – not at all, our pleasure) and show her a picture – well – of……….. 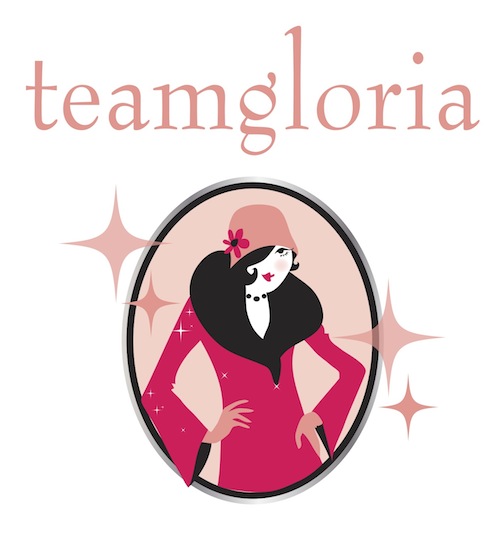 we Nearly passed out with happiness. 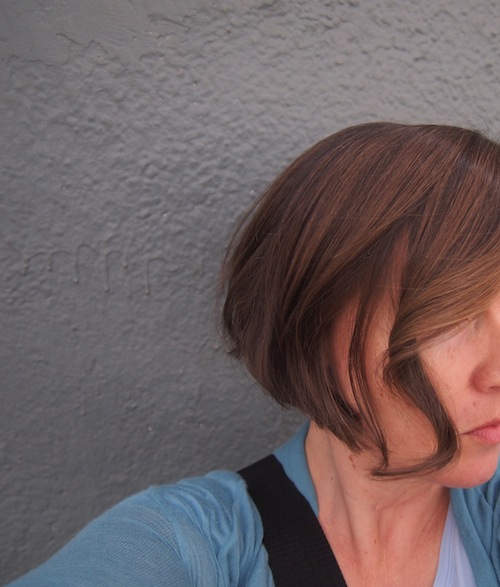 so she got a kiss curl.

and now we Wait for the lady director to do the Edit. 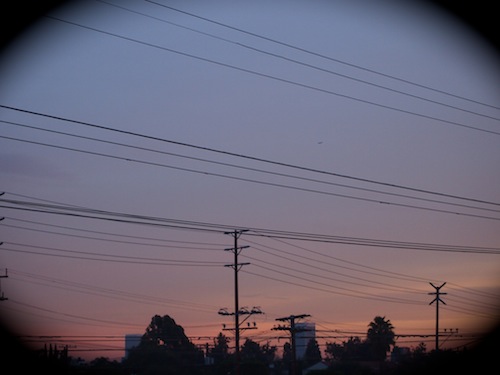 and close the iris lens and Fade To Black (please).

oooooo, more of this please.

we’re So into Hollywood (the nice bits). 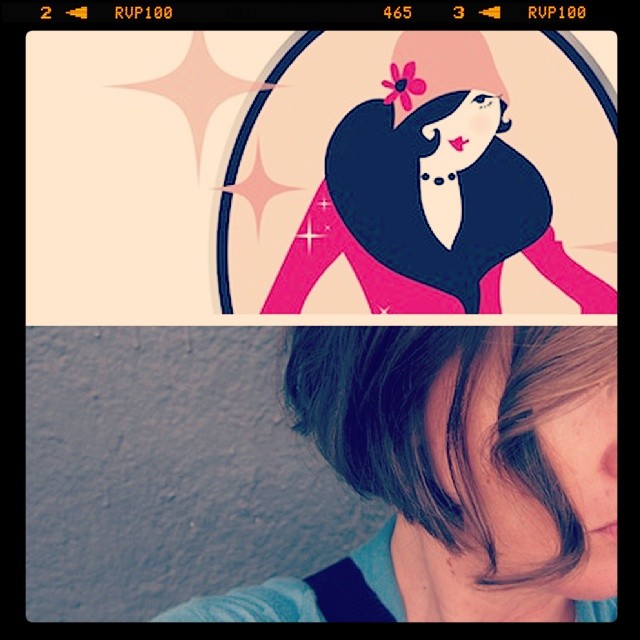 today was a Really Good Day.

13 thoughts on “we are ready for our close-up, madam director.”