that was an Exceedingly Long Drive back (traffic, snafus, engine lights going on – oops – all ok now, more traffic, other people in accidents – sad moment – and more Traffic).

but SUCH a lovely business trip that turned into an all-round nice experience on both ends with some sight-seeing and movie reference-making.

(we were pretending we were doing a slide show then – like some indomitable matron after she has returned from INDIA at the local library’s evening gala). 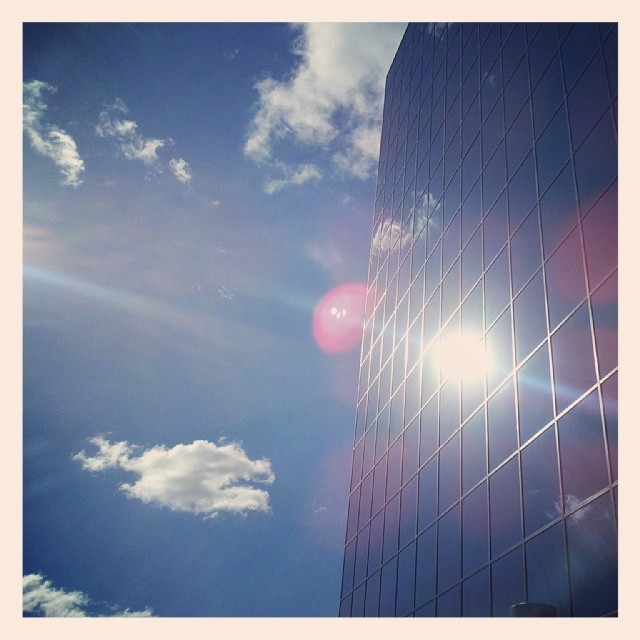 this is where the business meetings took place – rather brave new world. 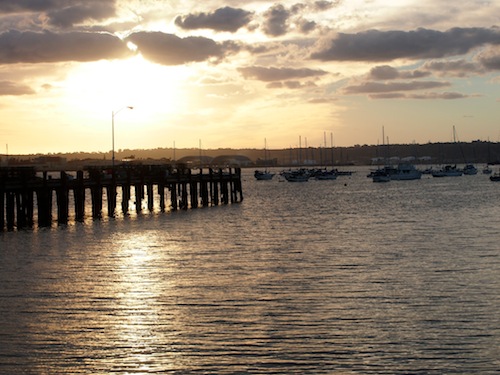 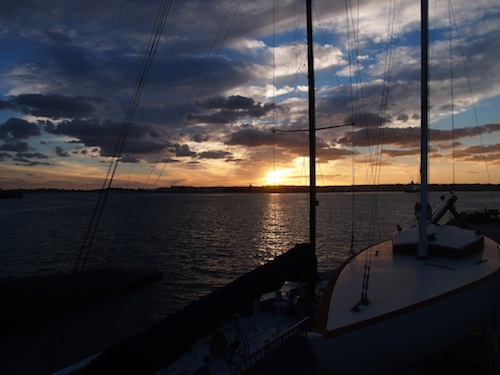 yes! that is the Maritime Museum – clever you for spotting that. 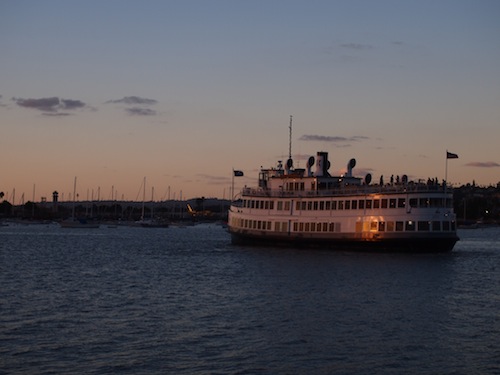 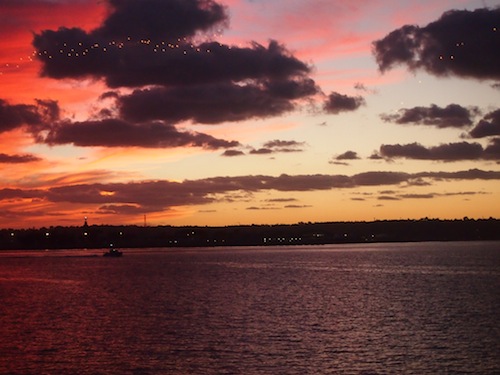 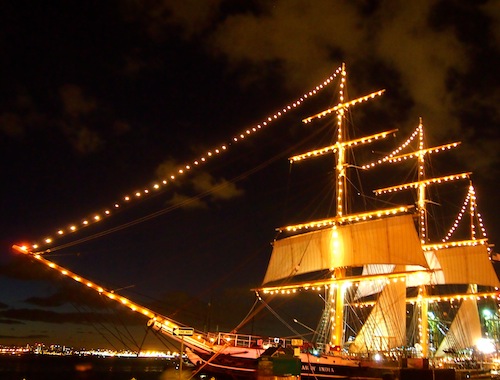 now this picture is for Gallivanta – it’s the Star Of India – the vessel on which people emigrated from England to New Zealand from 1863 onwards. 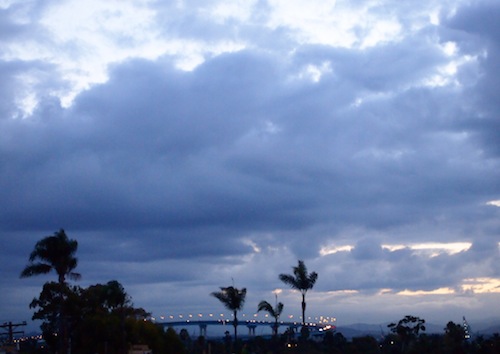 and this is dawn over Coronado Island this morning. 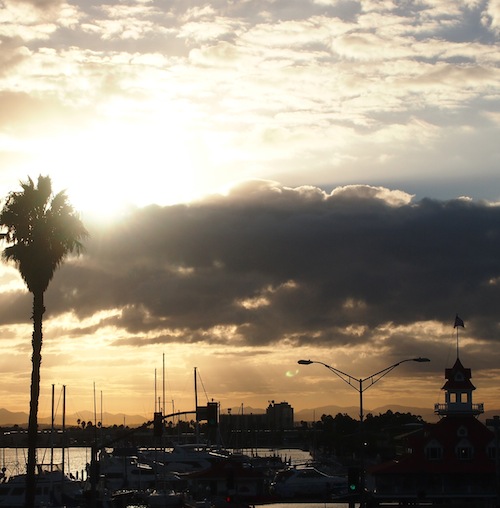 Coronado is a very special and magical place. 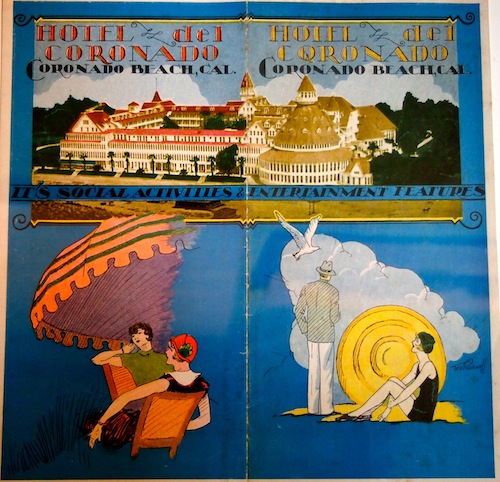 and these lovely brochures from the past were in the small museum on Orange Avenue (which is the main or high street) and the hotel itself is just down the way. 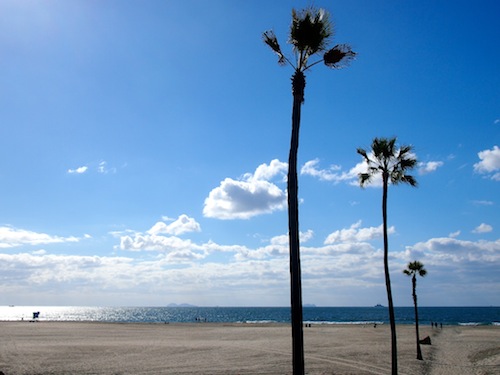 right on the beach itself. 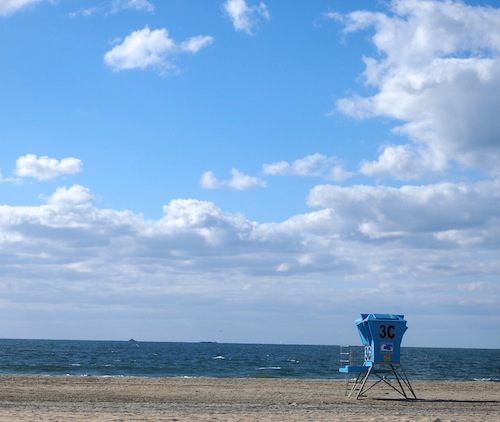 with a very feeling-glow-y-about-the-Future sort of a sky and view of the Pacific Ocean as you can see. 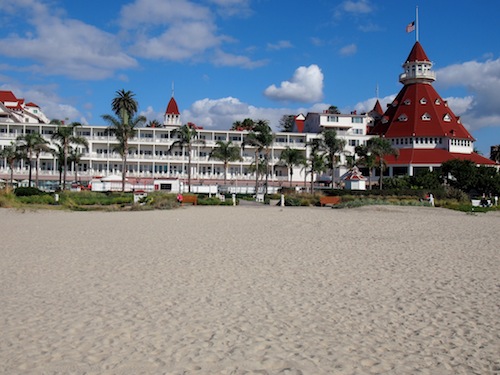 yes. it *does* look familiar doesn’t it?

that’s because a GLORIOUS film was shot here. 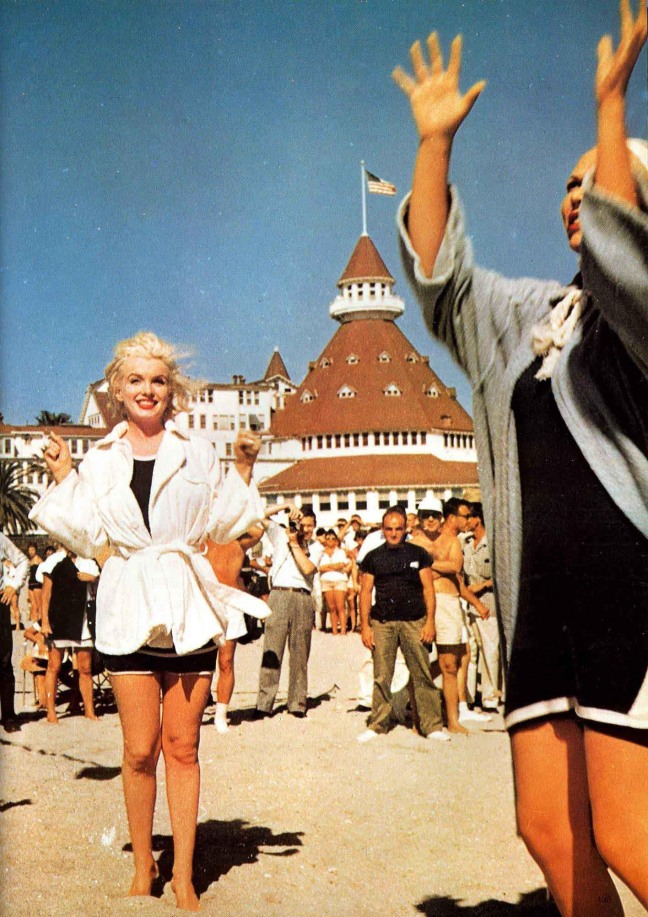 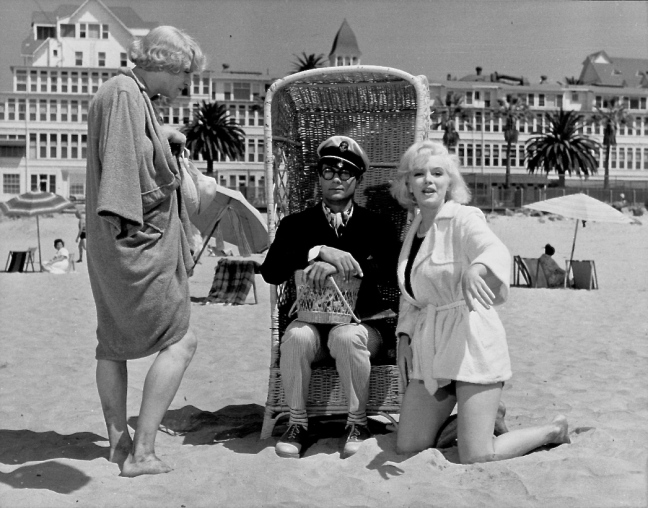 sadly the hotel itself is rather ordinary these days.

we were hoping to write about it – but it was full of people with lanyards and name badges rushing off to seminars about graduate learning techniques and so on.

not a movie star in sight.

or a fashion photographer.

talking about fashion (because, well, we were)….

due to the magical nature of scheduled digital-publishing dates, our piece on the Beverly Center went live while we were out of Town

and in even more delicious news from Abroad – guess who is on newsstands in AUSTRALIA on Monday?

the article that we wrote for an English publication was “picked up for syndication” (such a delicious phrase) and sent to Australia where it was accompanied with a DEEPLY glamorous shot from Monsieur. P. Demarchelier. 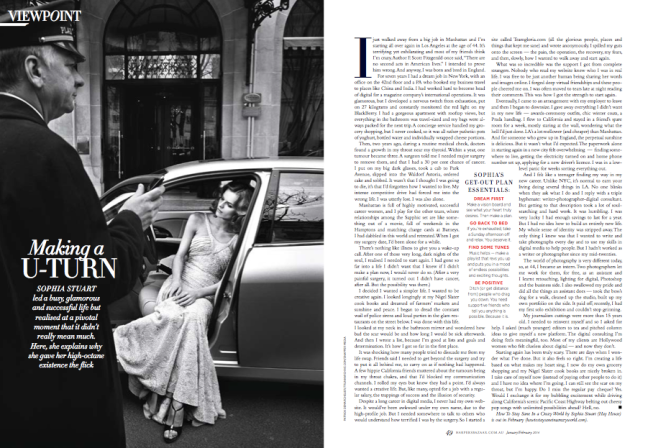 it’s just getting all Rather Exciting, darlings.

did you see what the article has been Re-Named Down Under?

and we did a few today on the drive back from San Diego too.

not just metaphorical ones.

although those are deeply important.

and a bit scary, to be honest.

but there you go.