this *might* well be a mystical one – read on.

but we hope you do.

because it was a bloody good sunrise this morning so it’s worth it for the Pictures alone even if the words make you scratch just behind your left ear with some wry yet confused amusement.

you see, darlings, the thing about Jet Lag – especially when one has been so far Abroad as we have and then wended our way slowly via Whitstable is that one is on a Completely Different time Zone to everyone else (that lives locally) but not to the muses that lie behind the dawn.

so when one is Awake while the rest of the world (nearby) sleeps one can get quite misty and into miracles. 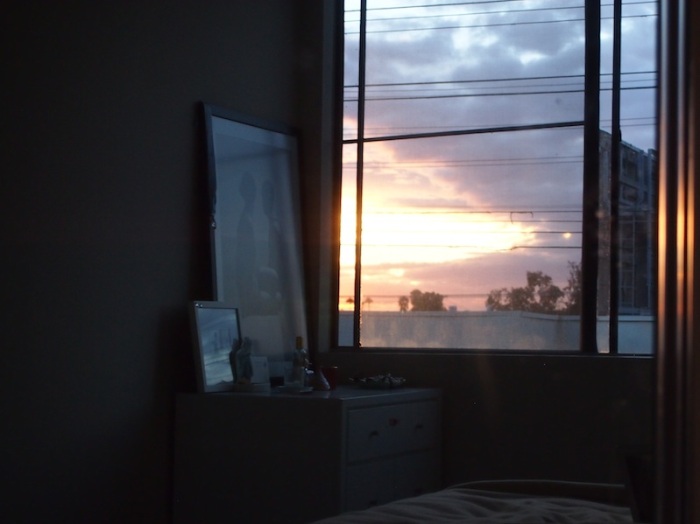 especially when one is writing about What Has Happened thus far and what would be delicious if it Did happen (if it’s all for the Highest Good and that sort of nice thoughts about doing some creatively and helpful for the planet in a modest yet most delightful way, of course)

because then one has to Pause a lot and Ponder. 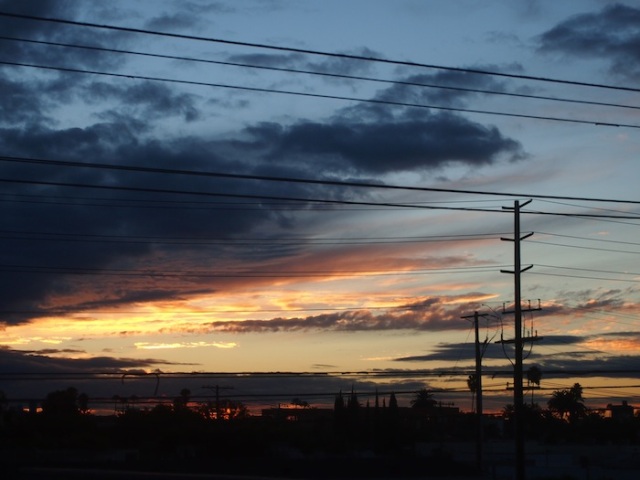 and then suddenly the earth lights up and one feels an over-arching sense of Excitement at what might well be just around the corner if one could only “get out of one’s way” (as they like to say here in the Western most point of the United States – well the western most point of West Hollywood, anyway). 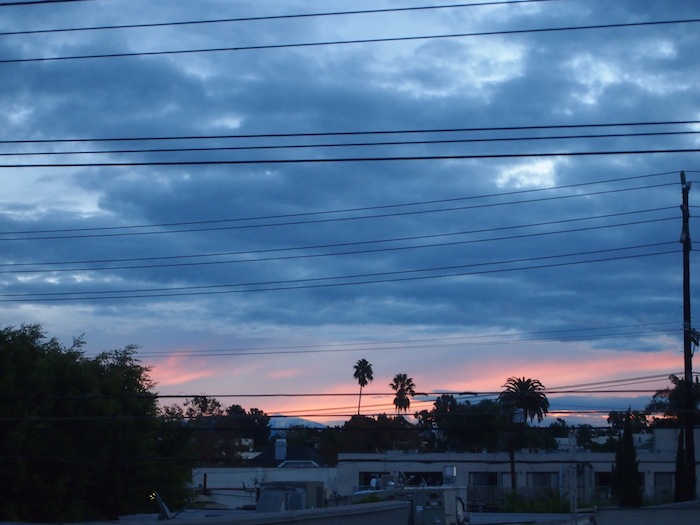 the rosy glow gives one a deep sensation of hopefulness that yes, everything IS happening in the way it is meant to and there are small signs (but not scary ones) when one, for instance, suddenly sees someone one knows on a street in London that one hasn’t seen for probably over a decade and one doesn’t think about the passing of time one just says “hello, cyril” (for that is his name) and there’s a small raised eyebrow of (pleasant) surprise but one is busy and needs to move on and so there’s a chuckle and a cheeriness of spirits suddenly meeting but he’s en route to somewhere (quite possibly the BBC, but we digress) and we have a need to slip into an old caf’ that we recall is around-here–somewhere and it IS and we find it (which is good because it’s been there since the late 1800s in one form or another) and the windows are still steamed up (because it’s england and it’s November and thus chilly requiring a close covering of something warm around the neck and most definitely a Winter coat) and we order “tea, please” (and a jacket potato – for that’s what the Brits call a “baked potato” because it’s in its jacket – with cheese – the food of the heavens – and a little butter and usually some Heinz baked beans but we decided on tuna because it really is tuna in England not just mayonnaise flirting with fish).

so that sort of thing happens a lot to us.

but usually we’re not in the mood to open the brain and take It All In.

this trip gave us some pause (generally on one or more of the 10 flights, you see) and we really did Think about Things and wrote (a lot) and yes, in the moleskine, but also Talked about it all with new friends that we met on the way – so many new friends actually – the beginnings of friendships quite possibly.

because that happens too.

now endings are very important because they leave room for new Beginnings (you saw that balance in the sentence happening didn’t you?) 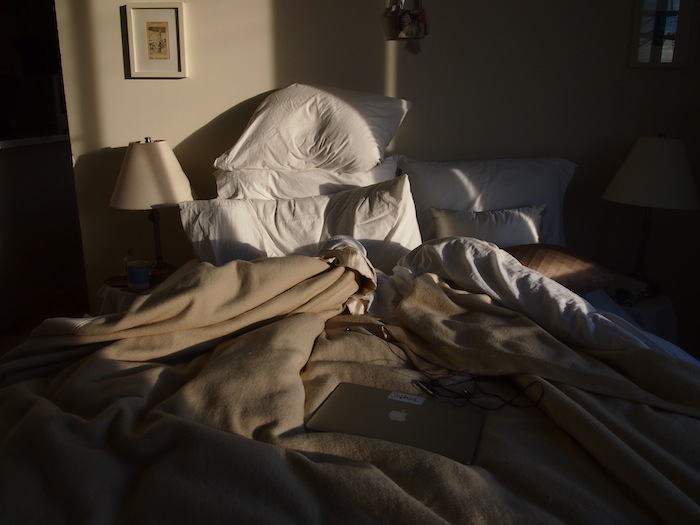 when we return here we like to sit and write it all out (which is odd, being here that is, because it’s not Exactly that private an abode because it’s going to be in Many People’s houses by the end of February as it appears on the front cover of you-know-what) but this is the Los Angeles version, not the New York version (surprisingly similar, we agree, but once you know how to make a bed with sumptuous linens, one does tend to repeat the decor, love)

and some people have asked why who-we-are-in-RL has her name on her laptop…..and that’s because when we were in South Africa doing a spot of judging (in a good way) someone said:

so we put who-we-are-in-RL’s name tag on Her laptop to be sure people knew it was ours and not theirs (because they’d be ever so confused if they looked through Ours).

is there a point to all this?

it’s all mystical and magical if you spend long enough in the dark (due to jet lag, or not) waiting for the dawn.

and you never know which letter you send is the one that changes your life.

or the telephone call you make (or avoid) that turns your life into an Entirely new chapter.

but that walking down a road in an ancient part of London where the steamed up windows could be straight out of a Noel Coward script for Brief Encounter reminds you that you have no idea who is just around the next winding-perhaps-confusing-yet-exhilarating corner.

the important bit is to be awake when the light shines and to smile and say thank you – just generally – for being Here.

jet lag will make a mystic of us all.

have a beautiful saturday darlings.

let us know what sunsets look like in your part of the world because we’ve not been awake to see ours since we left for Foreign Lands.

13 thoughts on “the revealing muses that lurk behind the pre-dawn hours.”