it happened yesterday – and we only knew about it because George said he’d pre-ordered a copy (*murmurs* Too Kind……darling man) and throughout the day our delicious friends on the world-of-instagram sent us little virtual notes saying they’d pre-ordered Their Copies and we had to go and lie down a little and let all the quiet bubbling feelings of thankfulness subside a little (we do get Overwhelmed easily).

then we thought how much we must have Confused the clever “back-end” (not in a rude way) of Mr. Amazon because our book has an American Publisher and is in American English (so we’ll need to go round and alter William‘s copy, putting in the ‘U’s and so on and so forth so he can read it comfortably in Whitstable) but we don’t know many Americans on Instagram – our fellow aesthetes over There are mostly from Berlin, Tokyo and Seoul so the virtual-packing-people (they have robots now) must have had to look Twice at the labels coming off the machine before they stuck them the right-way-round on the boxes.

the books will be Real won’t they? in Actual Boxes?

it’s almost too much.

thank goodness who-we-are-in-RL has been Very Busy Working or it would all shut down over here from sheer exuberance.

so while who-we-are-in-RL got on with her deadlines, we whipped up an Amazon Author Central Page (such fun, we snuck our own “logo” in there and she hasn’t yet noticed and again we’re grateful to George who showed us his page and suggested we make one too.)

we looked back through the last few days of Postings and realized we had Completely Forgotten to tell you about visiting The House Of Timothy Jay! 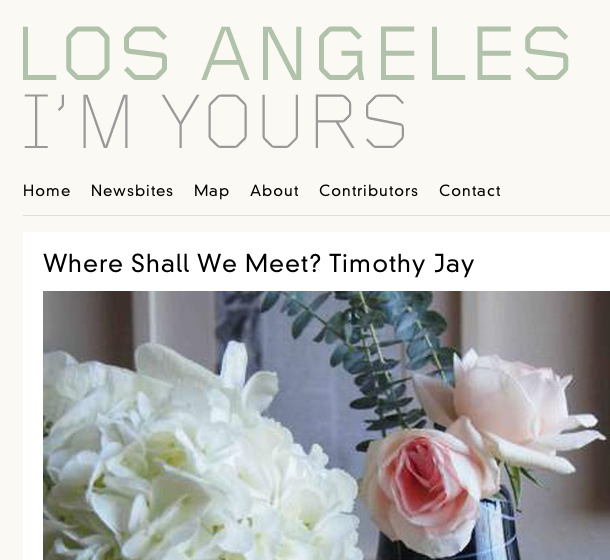 yes, the pictures are from our House, not The House of Timothy Jay because we needed larger format size-wise for our friends at Los Angeles I’m Yours so Tim said we could use Product Shots of his delicious candles which we happened to shoot here, not there. Hope nobody noticed…..

Mostly, we’ve been here – we like to write lying down from time to time and the many delicious deadlines have kept us near the phone (who-we-are-in-RL is being a Consultant, not a writer right now so her hair looks nice and presentable)

the rest of the time we write Here (or in a local cafe or “On Site” as the people in consultant land call it).

and then we took a little detour on the way back from a meeting with lovely people and took in the Marina Peninsula.

the sky was the blue of the scarf we have artfully lying around at home.

*naturally we are a card-carrying member of this establishment because it’s the coolest place in town to meet other cinephiles and wearers of black clothing and Doctor Martens shoes with an extensive appreciation of Foreign Films.

when in Rome, love.

we *almost* showed everyone yesterday our Amazon Author Central Page but managed to stop just in time but we did have an Unmistakable smile on our face for the Entire Day.

and now we get back to work.

as the Dowager Countess said:

What is a Weekend?