do you remember the last time you saw a movie that you had to keep replaying over in your mind because its delicious images and strange ideas and haunting scenes and beauteousness needed re-examining and carefully recording to your central cortex?

we had that experience last night.

and when the lights went up we turned to our magical movie companion and said:

THAT was an important film.

may we show you some Stills (as they say in the business) to get you in the right psychic frame (another Biz-style-bit-of-vocab come to think of it)? 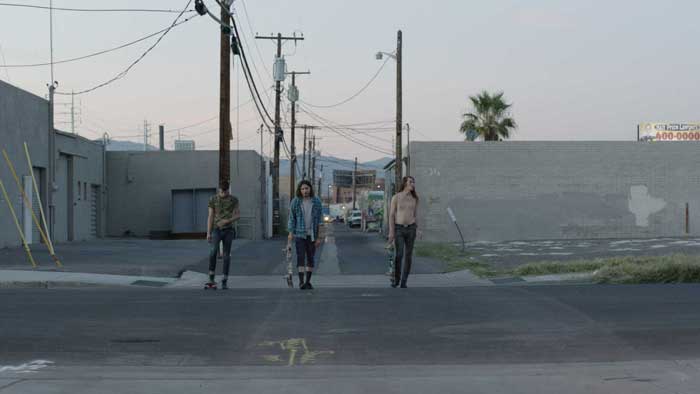 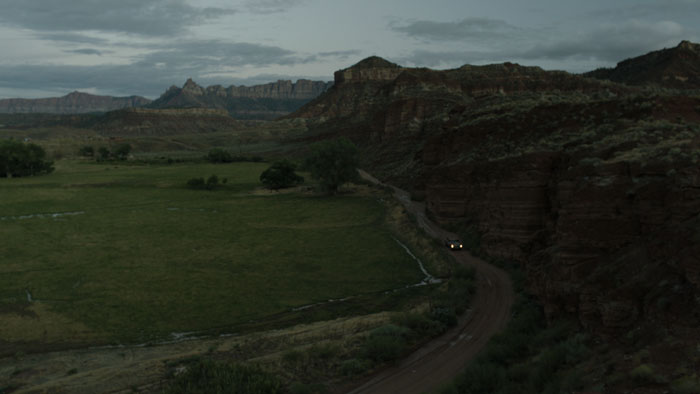 the cast is transcendently emotionally eloquent and heart-breaking – Julia Garner is luminous – her purity is spell-binding and her forthright honesty makes you catch-your-breath at her Bravery.

Rory Culkin (youngest of the 7 Culkins) is all shut down emotion that suddenly bursts forth through his huge expressive eyes – one Longs for them to find out what-they-need-to-know and to find-each-other and somehow move beyond the straightened circumstances that they find themselves on – and all this to a lilting and evocative soundtrack from those shy-guitar-playing-behind-fringes geniuses at Team Love (another team!).

we would love to have a long lunch with the director, Rebecca Thomas, sometime – such curious tales she must know – from her time growing up in utah and las vegas (as a mainstream mormon not cloistered as in her Film – but she still did a mission to Japan so Please write a Movie about that, Rebecca, we’re deeply curious to know More) – there’s an interview with her here which we enjoyed very much.

also – as you know, darlings, it’s Very Important to find a cinema-with-atmosphere if one is to see life-changing Tales.

when we lived in NYC, of course, it was the Film Forum (among others) – do you remember when we interviewed the head of that glorious place?

growing up (well, attempting to do so) in Brighton, England – it was the Duke of Yorks where we had many preconceptions of Life burst into cinematic bubbles while lying back on the torn and faded red velvet seats on the top balcony in a haze of smoke rings.

and now we’re in Los Angeles, there are Many places to visit for cinematic pleasure (this being Hollywood, n all) but last night was a New place (to us) – and added to the slightly off-beat and moving away from reality sensation as it is Downtown (a lawless and curious place after dark) – the Downtown Independent – which is accessed (by car, to be safe – park in the Lot right next door on s. main st) very near the streets strung up with twinkle lights.

our magical movie companion suggested the hometown 1940s style red squishy pleather booth seating Nickel Diner where we’re Pretty Sure our waiter was an Actor (of course) who played a serious baddy in the last series of Moonlighting (#weadoremoonlighting) and we opened even more birthday gifts. 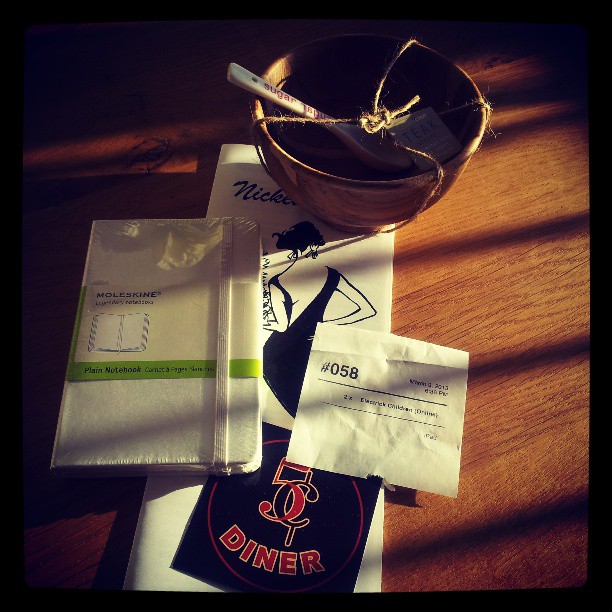 when we woke up this morning, the images from Electrick Children still flowing through our frontal lobe we realized why we (in particular) had felt So Affected by this Story.

will you indulge us for a moment?

the movie’s central theme (well one of them – tis a multi-strand as we’ve tried to show in this “post”) is the transforming effect of music.

we’ve had many moments of alchemical morphing through music – time and place – but none so vividly as seeing Depeche Mode in concert in *looksvaguelytocamera* sometime during the mid(?) 80s (we had Run Away from Boarding School with our friends and escaped to London).

we tried to capture what it felt like for the YA novel we just delivered to our agent (such a lovely word) in NYC – Emerald.

you are Most Kind.

The Hammersmith Odeon loomed large and bursting with life as the cab swung round the last roundabout. A long queue of black leather coats stretched as far as the eye could see. They swept in on Sven’s special VIP status tickets and waited in the vast auditorium for what felt forever.

Suddenly the loudest, most insistent drumbeat shot out across the thousands of souls gathered in the darkness.

A single spotlight burst onto the stage, looking for something or someone.

A white t-shirt, taut, stretched across an emaciated frame, already drenched in the sweat of an adrenaline-fueled god. The light pool expanded to expose shockingly revealingly tight black leather hips, then motorcycle boots. The beats became louder and louder, pulsating through each body.

Then, like a crack of lighting breaking across the stage, strobes shot across the bows of the frenzied throng gathered for this intense experience at the end of a working week they had already forgotten.

It was the most seductive, enticing opening – but it felt wrong, bad and somehow sexual. Emerald was confused and excited. The crowd was on its feet dancing wildly, Bacchants all at the feet of the on-stage Dionysius. Ancient, spiritual, decadent – all this flowed through Emerald Katz and she felt re-born.

She knew it was sex. Not actual sex, but close enough to thrill her with its presence. This was the apex of intensity. This was what could happen one day. This is the logical progression of Henry grinding into her that time on the snogging couch at Tremell House. Emerald felt a vast surge of unknown sensations inside her. She looked around at the crowd, moving almost insanely, possessed, their mouths parted, their bodies drenched.

But they knew, didn’t they? They knew what this feeling was: sex and lust and passion. It was a powerful, transformative force. She let herself get swept into the experience and reached for Henry’s hand. They were both consumed by the darkness, the secrecy, the smell of sweat on writhing bodies, the eroticism of the unknown spreading, taking her into its lair, pulsating in her veins. They had all tasted more of life, she knew that, but she was one of them.

just in case you’re curious – the latest from Depeche Mode is here – Dave Gahan lives closer to the edge of reality/sanity/decadence and we’re so relieved he’s still here to tell the Tale.

This is Quite the Nicest thing about having a blog – one can talk about so many things – movies and books and ideas and music and love and transformation and neon lights in vegas and rescuing each other from the banal and the humdrum into a life beyond beauty.

thank you Rebecca Thomas for making your movie.

may there be Many More.