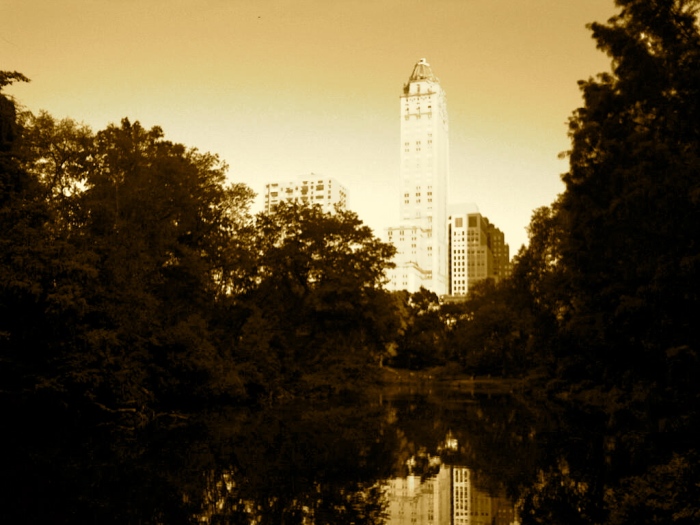 after the day job – and the vigorous swim at the Pool – we took a leisurely stroll through central park with a dream in our heart and a song through the slim white cord from the iTouch into our ears (ok, ok, it wasn’t Doris Day it was the Scorpions Still Loving You – a rousing ballad to get pepped up on a late afternoon in the sniper fire of midtown manhattan darlings but not, we know, exactly our usual Fare ;-)

the dream was a grown-up camera.

we’ve had a (pink) point-and-shoot (sounds vaguely menacing but it was a very sweet machine) and has been around the world with us – twice – china, INDIA, paris, milan, madrid, taiwan, london – oh, the places we’ve been!

but we knew – for our new chapter – we needed a grown-up machine – but a light bodied one – as most of the cameras would make our (very narrow) shoulders ache for the carrying and our lady-sized hands find it hard to reach the buttons on the Very Large cameras.

yet it’s an “outlay” as the Americans call it (a ton-a-dosh for our british friends and, if one is Spanish and Italian, that adorable rubbing of the thumb and forefinger with the seductive smile denoting a larger price than one might have expected – we don’t have an asian equivalent – actually our Friends in China just tell you the amount utterly-sans-blushing and we sort of admire their bravery – although not the amount of credit card advertisements with lovely young and free 20 something women shopping their hearts out so maybe it’s a matter of time)

we digress (as usual).

we have procrastinated for a while now.

and we did so again yesterday – by having tea at the St. Regis…. 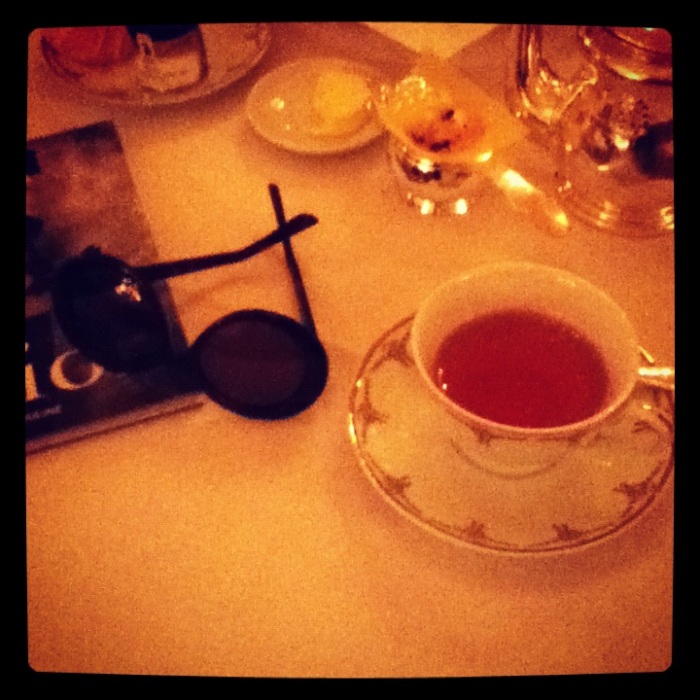 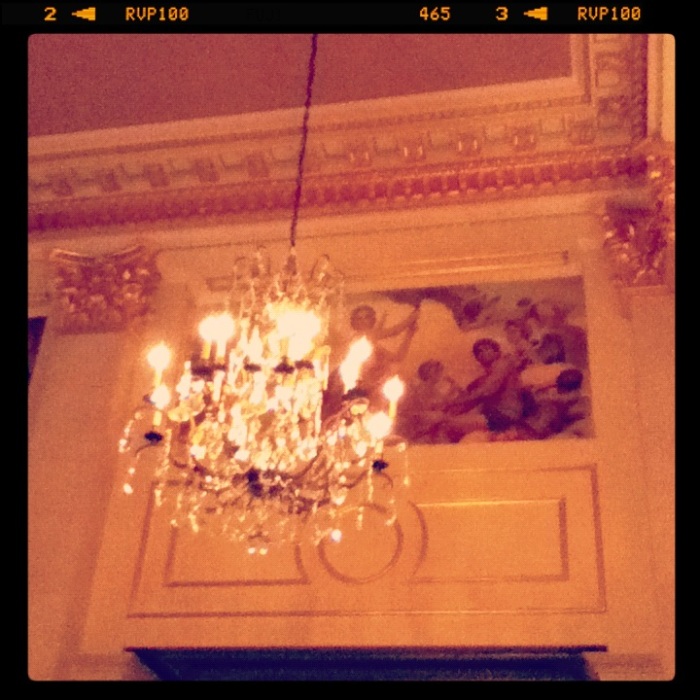 finally – the sun having set a while ago and time marching on – we emerged, soothed by the pot of Eros tea (black tea with mandarin orange and warm vanilla – divine) – and caught a bus down Fifth Avenue to Willoughbys (since 1898). 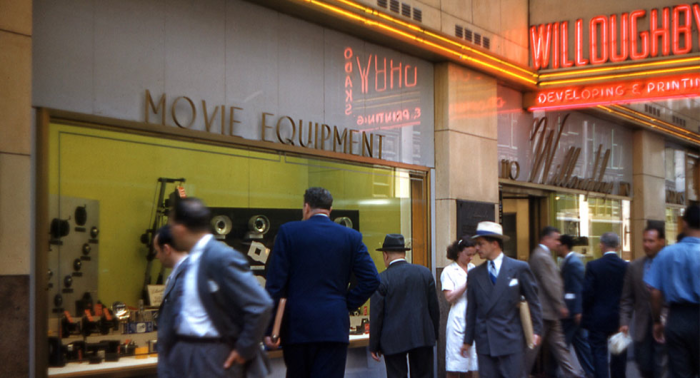 this is a Vintage picture – isn’t it Achingly glamorous? Look at that neon, the font on the words “Movie Equipment”, a swooning phrase in itself, and the dashing hat and tailored three piece suits on the chaps. Do you see the lady in the white? Perhaps she’s a shop assistant or a Lab Technician. Willoughbys are Very Forward Thinking – they have had women working at their Photography Emporium since the very beginning – look below.

the lady on the left (behind the chap with the bowler hat and in front of the man on-the-ladder) – wonder what her life was like: while we were waiting to pay (and there was some special deal about a lens cap so we waited patiently, even though they were shutting up shop, it was late and we probably should have been going home) we looked a while at this photograph (it’s still there, inside Willoughbys, behind the counter where one pays).

we came up with a story:

Mabel Jones had just arrived from Michigan the prior year, her parents had forbade her to move to New York, but when her brother, Frank, got a job at the newspaper plant, and she had turned down most of the local boys – I’m not the marrying kind, Father! she had cried, and, eventually, they all went away. The day she packed her small cream case (the one with the pale shell pink satin lining she had been saving for this day), her younger siblings cried and clung to her at the train station. Once on the train, she cleared the piece of soot from her eye and convinced herself she was doing the Right Thing. Of course she was terrified. But Frank was living high in the big city and his letters home of sailors and bars and Broadway had captured her imagination and no mistake. Her letters to him had been carefully phrased to avoid scaring him and, slowly but surely, the idea of her living with him, just for a while, had been raised and discussed and warmly received. After many, many hours, the train pulled into Manhattan and she stepped down onto the platform. The noise was incredible. People rushing here and there and so many excited women carrying parcels and flowers and holding their hats down with one hand, with a newspaper under their arm. Women who read newspapers! The idea was thrilling. She resolved to become one of those new-fangled photo-journalists and looked around for a place to get experience. While buying stockings one day, she saw the shimmering neon sign of Willoughbys and walked right in, up to the counter, and asked for a job. Just like that! She was bold and fearless and ready for adventure. It had been a year now. She loved her life. The photography equipment was theirs to use so they could be fully helpful to the customers and she had become an expert in no time. Nestled beneath her winter coat, in the ladies’ locker room, was her new portfolio, that she had paid for on layaway for the past few months. Inside were all her photographs and she had an appointment at the New York Herald at 4PM with Mr. Charles, the photo editor. She could feel it in her bones. He was going to hire her. She was going to work on the newspaper and then, in a year or so, make her way across the country on the long train west and go to that new place they called Hollywood. Moving pictures were making it big and she was going to take all the stills on set for the celluloid palaces. It was a wonderful life. Truly.

We’re never without a moment to make up a story every time we see a picture that inspires us ;-)

the camera is here, next to us as we write.

and it has a very nice body (small, black, light) and a Super Lens (for portraits – we have a list of people we want to “shoot” before we leave NYC at the end of the year) and some darling “caps” to go on the lens and a memory card (we need one of those for our head somedays, it feels Awfully Full up there) and a battery charger and something in velvet, a pouch, that we Think is to carry the flash that you insert on a little “foot” thing on the top.

how was your day darlings?