as we just happened to mention the Other Morning we are Rather smitten with a new (to us) author – Simon Van Booy (his bio does not reveal what must be Dutch origins from that surname but most tantalizingly slip in that although born in London he grew up in Rural Wales – a most incredibly dark and fertile place for the soul, spirit and Imagination to grow and bloom and twist into genius – see Richard Burton and Anthony Hopkins for proof, darlings).

we are now half-way through his book of short stories – The Secret Lives of People in Love – and relishing every line – it’s the sort of dense undertones and light whipped devonshire cream smoothed on the top of the words that gives a richness and yet a power that, when hungrily devouring each line, one has to stop to catch one’s breath and at one point we even leaned in and nearly spilled the morning dark-embrace-of-caffeine as we tried to put our hand over our mouth to stifle the gasp………….

Isn’t that just the Best sort of reading experience?

the small apartment Sabone found after his mother’s death overlooked a fountain. Water bubbled through the mouth of a child. Sabone’s evenings were quiet, but for the crackle of a fire in winter and the sound of his fingers turning the pages of books. However, not long after his mother died, a wild and ungovernable desire grew inside him.

we are Filled to the brim of our Scar-enriched throat with Those ;)

As were all the Young and Disaffected lovelies we saw last night………… (cue: scene change: fly in new backdrop of housing works bookshop – for Visuals Click Here

The room was pulsing with a palpable anguish of disappointment at the collapse of the american dream, such as it was (although we hear Suze Orman is proposing a new one and if there’s a vote for a new world leader, we’d like someone as confident and clad in brash-jewel-tones as Suze to step forward, wouldn’t you?).

And yet – and Yet………the speaker chris Guillebeau (what a glorious moniker) was Full of verve and world travels and deep curiosity about Other lands and Peoples and startingyourownbusiness and forgingyourowndream.

Which was in strong contrast to another person we saw speak recently – a most troubling and sad moment of press-my-stomach-and-speak-biz-speak-until-someone-asks-a-question-and-pause-and-start-again.

And is there anyway back for some people?

a wild and ungovernable desire is our only hope……

the slicing open of-our-throat has released some Pretty Crazy desires. 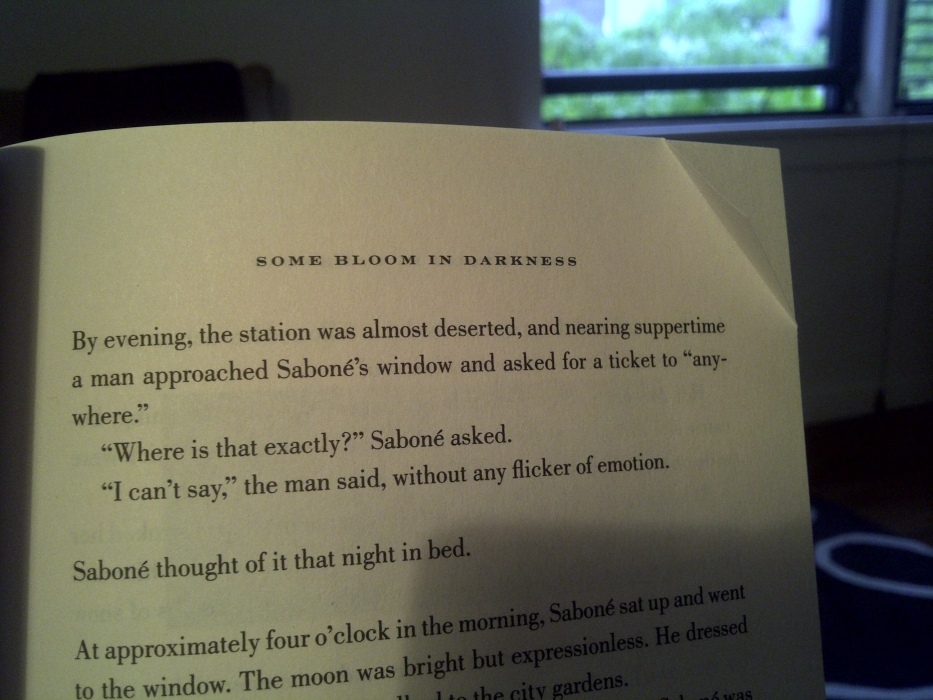 10 thoughts on “a wild and ungovernable desire…..”