after the visit to the surgeon for blood test results (sigh – higher dosage meds on their way) and the pushing of Scar and shoving camera down nose into throat, we needed a Hot Bath, noodle soup from the asian take-out (what’s a Fridge in soho without left-over cantonese noodle soup, darlings? Like a fridge in Paris sans mustard and little delicate pots of fromage frais!) and the newly-acquired DVD box set of the Golden Girls

we’d Forgotten how soothing mid-80s television re-runs could be (as we don’t Own a TV so never happen-by-chance to do a -weekend-marathon-of-Knight-rider – which we Would if we Owned one, which is precisely why we Don’t ;)

all those flowing satin PJ sets in jewel tones, Blanche’s writing of a romance novel and being boy-mad; Rose’s delicious stories of farmland reveries of youth and innocence, Sophia’s saucy quips from back-in-the-day NY Italian naughtiness but OH it was Dorothy we’d truly missed……….her wry wit and too-long-glances-as-reaction were genius and we’d Quite forgotten the lilting sunshine of Miami that belied the strong feminist message of the four women bonding together

we watched four episodes before we just Had to sleep – but they covered age discrimination, pension fraud, artificial insemination and – in the Absolutely Best bit – Dorothy traipsing round doctors who all dismissed her symptoms until she found one that listened and then – Oh Joy – her showdown in a restaurant as she faced off one of the Doctors who told her to get a new haircut to make herself feel better was Genius.

whopping in joy – we slipped further under the high thread count and dreamed of an Auntie Mame/Dorothy who was going to swoop into Town and come and fight our battles for us.

wouldn’t that be Divine?

***bonus DVD extras, darling: the bio of the glorious Susan Harris, creator and showrunner and head writer of the Golden Girls and someone-we-would-adore-to-have-a-very-long-lunch-with.

Of course we’ll be writing to her.

because, as you know, we write such Lovely letters that People often Write Back ;) 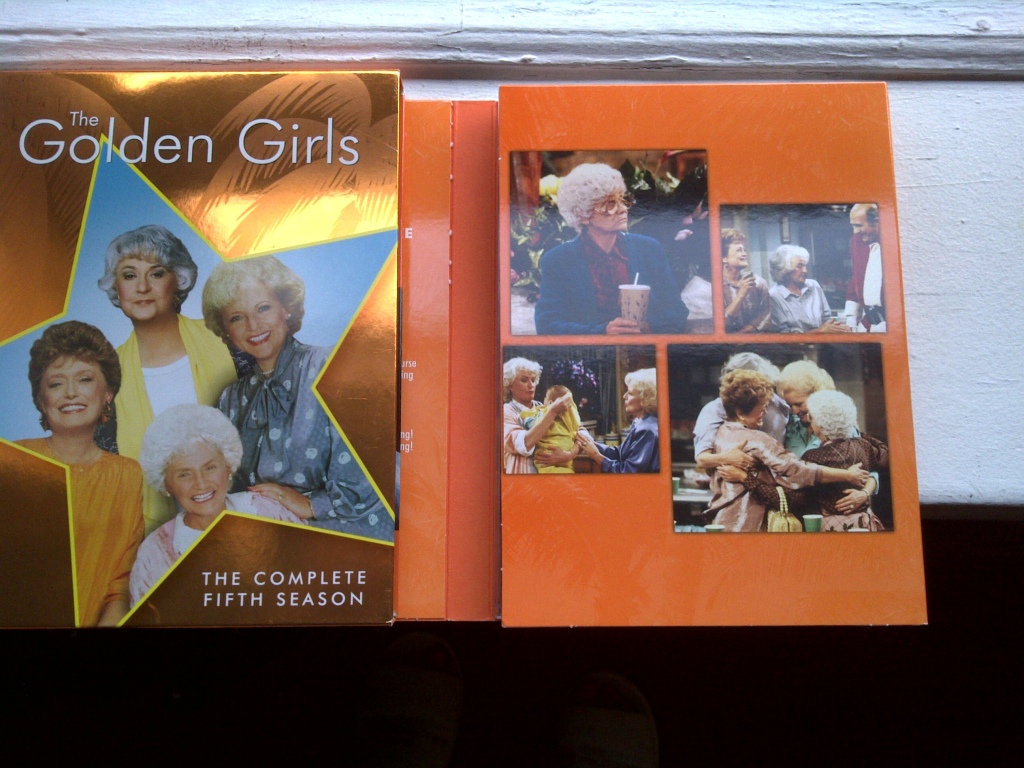